CONFESSIONS OF A KUBRICK NUT, PART 1 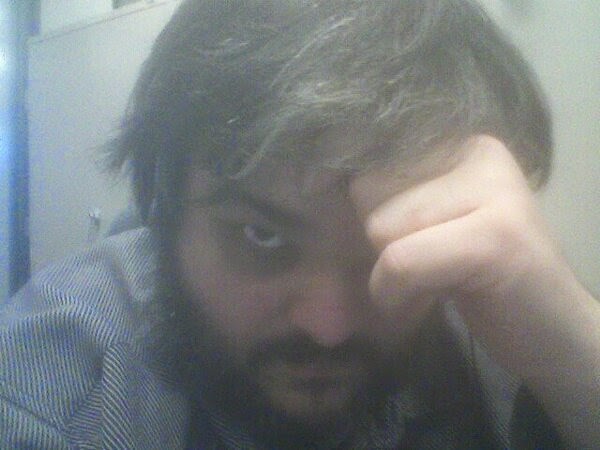 I have a confession to make: I’m obsessed with Stanley Kubrick.

There are many different varieties of Kubrick fan. Some have one favorite film that they obsess over, and they can take or leave the rest. Others are fans of that three-film span, from Strangelove to Clockwork, during which time Kubrick clearly both a) was at the peak of his powers and b) had his thumb on the pulse-point of the global zeitgeist, making him the most important director of that cinematic time period.

And then there are the obsessives, the fanatics, those of us for whom Kubrick's singular vision, uncompromising will, and peculiar philosophical bent combine to form a potent mix that can fairly be called a cult of personality. It is with some small regret that your humble blogger counts himself part of the latter, but hey... if I denied it, I'd be lying.

This doesn't mean that I think Kubrick or his films are perfect. Far from it. But it does mean is that, for me, even the flaws are fascinating.

I've had this obsession – to a greater or lesser degree – ever since I first sat frozen in terror on the living room floor while a commercial for The Shining seared itself onto my brain, way back in 1979. I was nine years old at the time, a Famous Monsters, Mad Magazine and Marvel Comics reader on the verge of making the quantum leap to Fangoria, National Lampoon and Stephen King novels. I had no idea who Stanley Kubrick was, nor what The Shining was supposed to be about. But that commercial… Holy crap.

Of course, it would be years before I’d get to see The Shining during its network television premiere on ABC in late 1983. By that time, I’d read the Stephen King novel on which it was based, and was well aware that King, and almost every voice in organized horror fandom, didn’t much care for Kubrick’s version.

And yet, despite the fact that King was an early hero whose opinion carried significant weight with me, as I sat in the dark watching The Shining through splayed fingers, I understood instinctively what I hadn't yet developed the tools to grasp intellectually: this was a film like no other; a masterpiece of Modern horror.

To backtrack just a bit, probably the first Kubrick film that I ever watched was Spartacus, which was a staple of Easter weekend programming back in the 1970’s and early 1980’s. It was one of my father’s favorite movies (along with Shane), and I remember thinking it was terribly thrilling and tragic, almost as good as The Hunchback of Notre Dame (1939)… but not quite. And of course, never mind Stanley Kubrick; I probably didn't even know what a director was.

My next Kubrick film was most likely 2001: A Space Odyssey, which was broadcast on PBS one afternoon in 1982. I’d like to say that I sat, rapt and awestruck by its cinematic majesty, but, as I recall, it bored me nearly to tears. I remember that, even at the age of 12, I was aware of its reputation as a great science fiction film – if not the greatest. So I stuck with it. But it just seemed so incredibly, damnably slow. My opinion of that film, it should probably go without saying, has matured over the years.

I was also, by this time, a movie “cheap night” regular, going to the local Cinema du Centre – or the Fox Theater across the river, in Madawaska, Maine – every Tuesday, rain or shine, whether the movie was great or garbage. Probably the best “serious” film I’d seen up to that point was Jean-Jacques Annaud’s version of Umberto Eco’s The Name of the Rose. But there was one film genre above all others that united us lads in the giddy exaltation of a higher patriotic calling, and that was… the Vietnam movie.

Oh, how my friends and I loved those Vietnam movies, then best exemplified by the likes of First Blood, Missing in Action, Hamburger Hill, and so on. Sure, there was the odd serious entry in the genre, like Platoon. But even that one, though critically lauded, was chock full of the brutal violence and epic heroism that made the genre so damned appealing to our testosterone-ravaged, teenaged brains.

And so, when we showed up en masse at the theater one Tuesday and saw that distinctive camouflaged helmet poster, most of us thought we knew what we were in for.

We had no idea what we were in for.

Much like one of Sgt Hartmann’s colorful threats, Full Metal Jacket unscrewed the tops off our skulls and rearranged our brains, forcing us to confront the very real, very messy, rigorously field-tested and ruthlessly implemented assembly-line process of dehumanization that was (and is) absolutely essential to effect the transformation of ordinary, everyday guys into relentless, amoral killing machines.

Furthermore, it made no obvious value judgments about this process, which made the whole exercise all the more terrifying… and effective. Full Metal Jacket impacted my 17-year-old mind with the force of a philosophical revelation.

Of this lot, the only one I managed to hunt down in the year between the blooming of my Kubrick obsession and going away to college was Dr. Strangelove, which I borrowed from the lending library at the University of Maine in Fort Kent.

Once again, I was completely blown away by a Kubrick film.

These days, it’s difficult to convey exactly how oppressive the late Cold War period was, living under the constant threat of total nuclear annihilation. The drumbeat of Evil Empire rhetoric from the ascendant Reagan/Thatcher conservative movement had many of us more sensitive types going numb with existential dread. What Kubrick “got” was how living under such conditions could sometimes feel like being caught in the middle of some vast, evil joke, waiting on a mushroom cloud-shaped punch-line. While Dr. Strangelove didn't solve anything, it certainly did hip us to certain previously unspoken realities about our predicament, and let us feel like we, too, were “in” on the joke. The fact that this movie came out so close to the Bay of Pigs disaster, the Cuban Missile Crisis, and the assassination of JFK only makes it all the more incredible.

After multiple viewings of Dr. Strangelove, I became convinced that it was more than simply an inspired work of genius. True, it was undeniably that, but it was also something more. In my opinion, Kubrick’s Strangelove exhibits greatness on the same level as Dante’s Divine Comedy, Da Vinci’s Mona Lisa, or Beethoven’s Ninth Symphony. It is, quite simply, a World Historic work of art.