HOW A COMPUTER LEARNED TO KILL, BY ALAN KELLEY

Reader Alan Kelley has put together a handsome video featuring a very well reasoned argument about how we may all have missed some important clues regarding both the potential reasons why, and the potential ways in which, HAL so suddenly turns into a homicidal maniac in 2001: A Space Odyssey.  He generously sent it to me to share with you all, and you may either watch it here, or on Youtube (for more viewing options). Just a word of warning: there are two minutes of clips before Alan begins making his argument, and his voice-over is mixed kind of low, but it's still very much worth our time.

Posted by Jerky LeBoeuf at 1:20 AM No comments:

8 INCREDIBLE THINGS YOU (PROBABLY) DIDN'T KNOW ABOUT THE SHINING

At this point, you've got to work really hard to dig up something new to me regarding the films of Stanley Kubrick... especially when it comes to The Shining. And yet somehow, this MoviePilot article by Manny Serano manages to do so, more than once.

Yes, some of the points raised here are familiar, such as the pretty obvious mirror motif that Kubrick uses to powerful effect throughout the film. Some are also specious, as in the elaborate theories woven from the infinitely flimsy fabric of minor discrepancies in set continuity (although from the image below, there's no denying Kubrick was incredibly attentive to "the little things"). But there's more than enough fresh information here to make wading through the shallow, lazy bits worthwhile.

A particularly entertaining example is the list of things that Kubrick "flipped" from King's novel for his adaptation of it, which itself is just a severely foreshortened version of the huge list of "flips" found at this link.

Another great bit concerns the notorious "All work and no play make Jack a dull boy" scene. By now, most of us are familiar with the story. Instead of using simple computer code, or even a photocopier, to lighten the load, Kubrick had some poor schmuck type out dozens of pages covered with that single sentence, over and over again; a task which must have seemed like the dictionary definition of monotony. But no matter how crazy you think this anecdote is, it's actually five time crazier, because rather than just have the phrase translated into subtitles for the international market, like 99.999% of filmmakers would have done, Kubrick made the typist repeat his Herculean feat in French, German, Italian and Spanish!

On a personal level, Serano's elaboration on how Kubrick directed his actors actually cleared up a few things for me, added to my critical lexicon, and opened up potentially exciting new avenues of inquiry.  For instance, both here and at my sister-site, Useless Eater Blog, I'll definitely be looking into how "Semantic Satiation" and "Dichotic Verbal Transformation" might figure into various esoteric art and acting techniques.

Beyond the novelty of a few fresh observations, Serano's piece has many other attributes that make it worthy of your time. It's well researched, richly illustrated, packed full of videos and external links that are both entertaining and informative, and it's presented in an easily digestible format. That makes it great for sharing with any friends or acquaintances who may first be coming across Kubrick's films and are interested to find out more.

Bottom line: This is the best general interest Kubrick article that I've come across in months, and that's saying something!
Posted by Jerky LeBoeuf at 4:53 AM No comments: 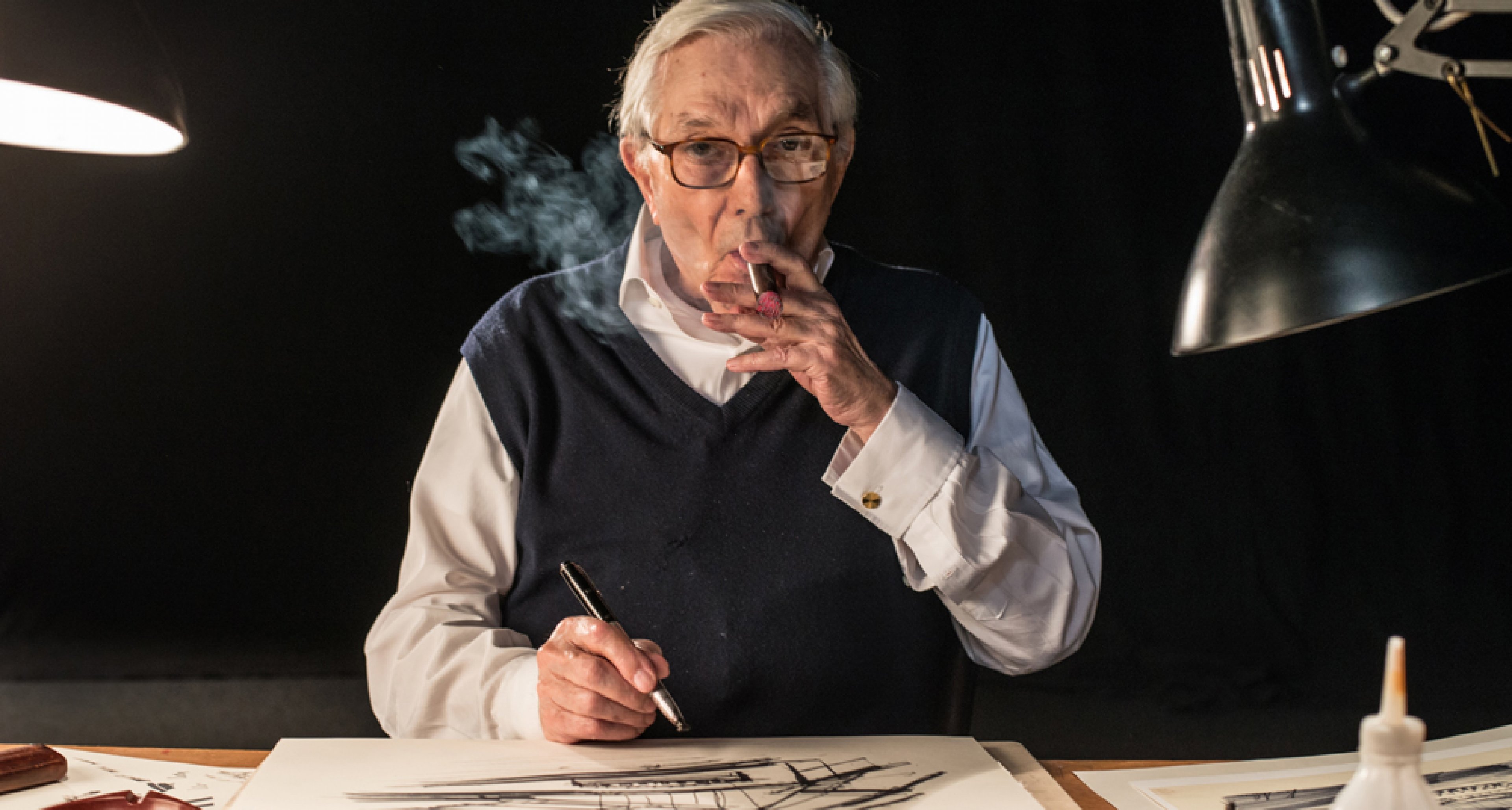 Five-time Oscar nominee and two-time winner Ken Adam, a production designer best known for his work on the James Bond films of the 1960s and 1970s and on “Dr. Strangelove,” died Thursday in London, according to the BBC. He was 95.

Adam created the sprawling, futuristic lairs of the supervillains who populated the Bond films starting with Dr. No’s secret island complex in the first 007 film in 1962. He worked on all the Bond films that starred Sean Connery through 1972’s “Diamonds Are Forever,” as well as on “The Spy Who Loved Me” (for which he received an Oscar nomination) and “Moonraker,” both starring Roger Moore.

For Stanley Kubrick’s “Dr. Strangelove,” he designed the famous war room. He was offered the production designer gig on Kubrick’s “2001: A Space Odyssey” but turned it down.

Adam worked on other thrillers, including “The Ipcress File” and sequel “Funeral in Berlin,” but he also designed the eccentric automobile of the title for “Chitty Chitty Bang Bang,” and he worked with Kubrick again on “Barry Lyndon,” for which he earned his first Oscar.

Read more at the link.
Posted by Jerky LeBoeuf at 7:05 PM No comments:

"EXISTENTIAL", A KUBRICK MEMORIAL BY SULAIMAN

I received a wonderful surprise this morning from a regular reader of this blog. He writes:

First off - thanks for always keeping me posted with the latest and creative Kubrick news. It’s a bookmark I always find myself re-visiting! In the meantime, I wanted to share with you my visual interpretation of Stanley Kubrick’s answer, when asked ‘If life is so purposeless, do you feel it’s worth living’ in an interview for Playboy (of all the publications) back in 1968.

The short piece is made using archive footage from the Pre-linger Archive, going through over 10GBs of footage to tell Stanley’s fascinating answer.

As it’s the anniversary of his death, I thought you guys might want to share it in commemoration of the great Stanley!

All the best,
Sulaiman

Here's the video, which I think is wonderful. Thank you, Sulaiman!


existential. from Sulaiman Sibai on Vimeo.
Posted by Jerky LeBoeuf at 8:15 AM No comments: